It is a long hot summer in Philadelphia, and the Continental Congress is an exhausted, annoyed, quarrelsome collection of men at each other’s throats over the burning question of independence from Great Britain. This is a musical that brings humor and humanity to American history and well, since it’s a show which is not widely produced due to the large amounts of men needed to cast—we decided its 2018, and we’re going to let the ladies tell it! Join us for a change of tune with an all-female cast of 1776 The Musical. Michael Kamtman has been a Triad director, actor and teacher since 1988 and has directed over 75 productions in the Triad, including 10 operas. He spent 15 season as an actor/fight choreographer with the N.C. Shakespeare Festival where he performed in over 50 productions. He has an MFA from UNC Greensboro in Directing, a MA from the University of Connecticut and a BA from Bucknell University. He has taught at Greensboro College, Davidson College, UNC Greensboro, Salem College and High Point University. He is now an Assistant Teaching Professor at Wake Forest University. For KLT Kamtman has directed The Sound of Music, South Pacific, The Secret Garden, Inherit the Wind and The Pajama Game. 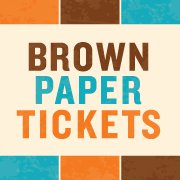 Tickets available soon or can be purchased at the door.